Russia is considered an emerging market, and presents an attractive opportunity to investors as a middle ground between developed markets where the returns (and risks) are low, and frontier markets where the returns are much higher as well as the risks (although the risks are often much lower than they are perceived to be).  According to Ernst & Young’s 2012 Russia Attractiveness Survey, Russia was the premier destination for investment in Central and Eastern Europe in 2011; and in their 2013 survey, Russia is ranked as the sixth-most attractive country in the world for FDI.  The majority of investors surveyed believe that Russia’s accession to the World Trade Organization (WTO), the formation of the Common Economic Space with Belarus and Kazakhstan, and a likely Eurasian Economic Union by 2015, will have a positive impact on Russia’s attractiveness.  Russia was the second largest market for FDI job generation in Europe in 2012, up from sixth place in 2011.  Acceleration in privatization efforts and an improvement in demographic profile are also expected to improve the country’s appeal as an investment destination. 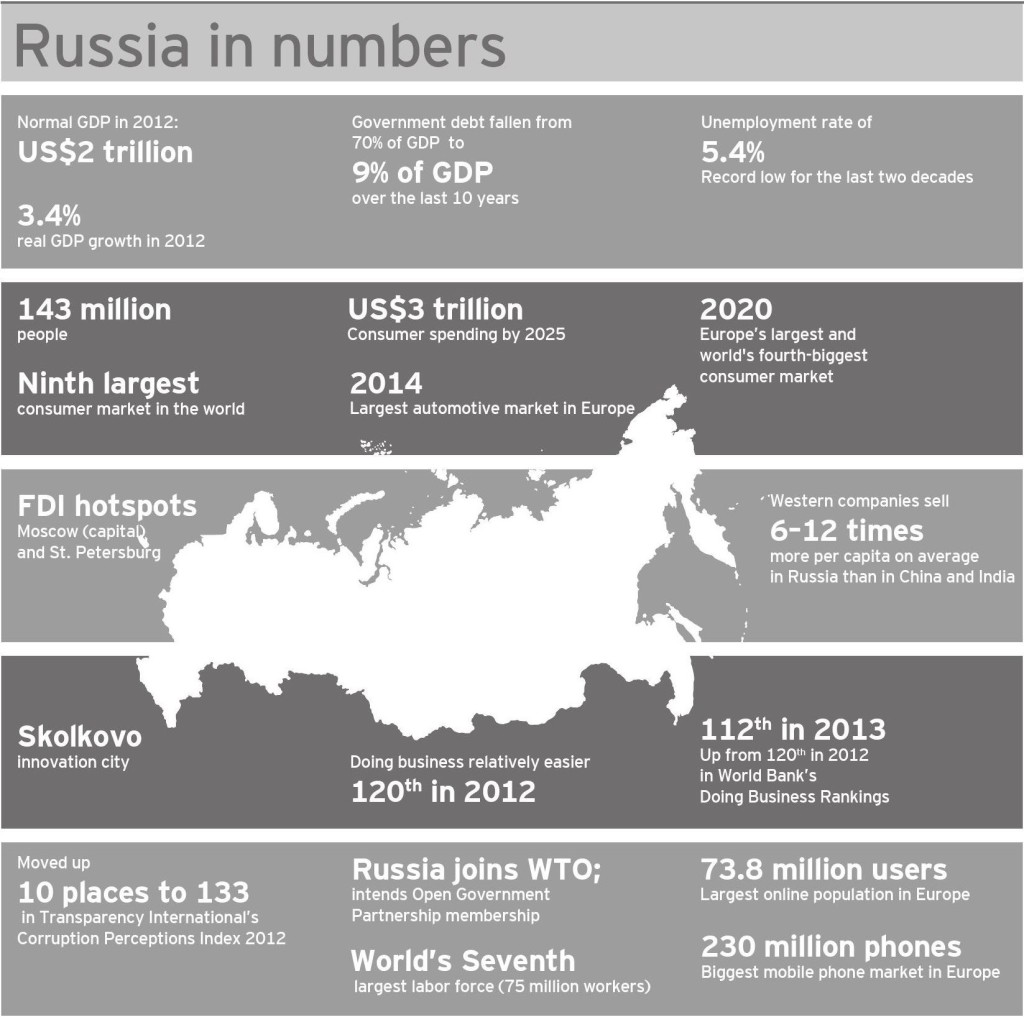 Of particular interest to us is Russia’s growing domestic consumer market.  Russia’s large, expanding consumer market continues to be its most attractive feature, as noted by 70% of Ernst & Young’s respondents.  A large population, rising disposable income and a burgeoning middle class is drawing global interest. Russia’s GDP per capita of US$14,105 is the highest among the BRICs. The country also has the world’s ninth-largest consumer market in terms of domestic size. Furthermore, it is touted to become the largest consumer market in Europe and the fourth largest in the world by 2020. Russia’s middle-class population has increased substantially throughout the 2000s, with GDP per capita growing at more than 5% annually over the past decade. Consumer spending is slated to almost double to US$3 trillion by 2025, increasing the country’s competitive strengths.